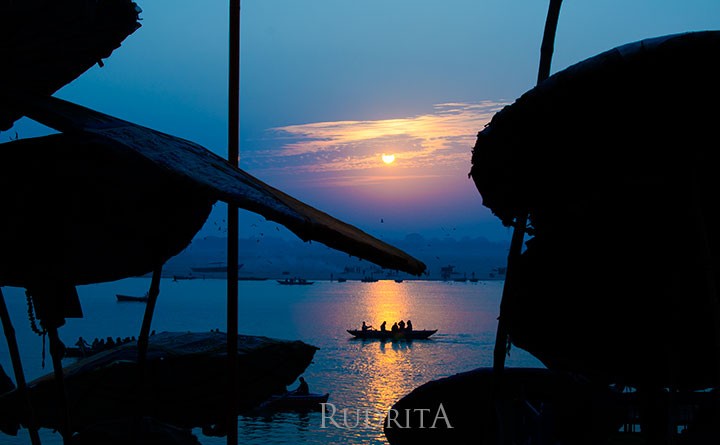 I have traveled a lot of places. I’m kind of addictive of Various cities, numerous cultures, countless traditions and India is full of these. One of the holiest place in the northern region of India that I have visited is Varanasi or Kashi. The oldest inhabitant city of India. Varanasi is located on the north shores of Ganges and bounded by Varuna and Asi rivers (“Varanasi” probably originates from the name of these two rivers). From holiness to river banks, from delicious foods to historical context, from silk sarees to ivory works , Varanasi is a full package of a travel diary documentary.

I have started my mornings with a long walk on the ghats and ended with the evening Ganga Arati. In all the days when I was in Varanasi, each day was new and every experience was interesting. Being one of the seven sacred cities in India and the city of temples, ‘Ghats’, ‘Rabris’, ‘Paans’, ‘Galiyans’ and ‘Sadhus’, this blog is going to be mind blowing. 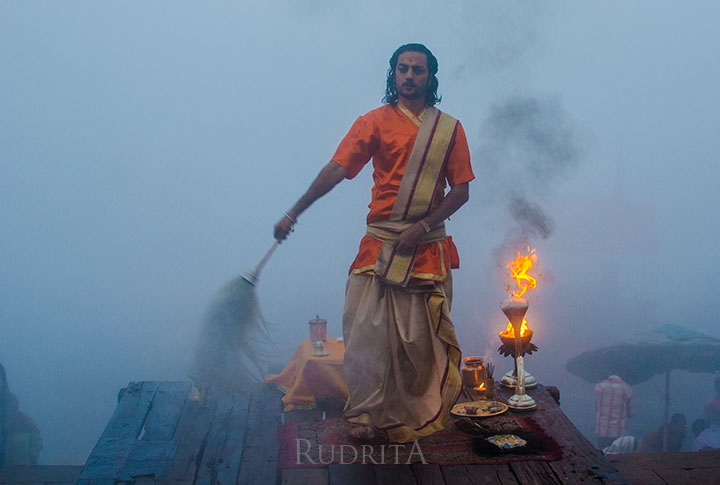 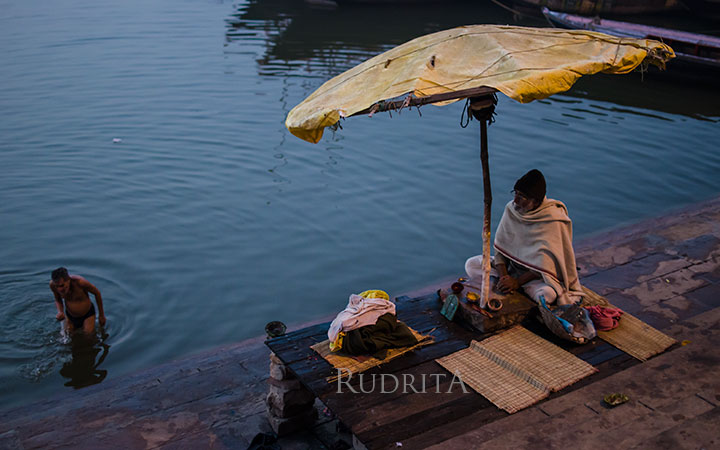 Temples:
Varanasi is the land of temples. Every road, every street I walked around has an essence of sacredness and purity. The place is full of several temples and people are a great worshippers.

Kashi Biswanath Temple:
This temple is dedicated to Hindu Lord Shiva and it is one of the twelve Jyotirlinga (The Radiant Sign of Lord Shiva) Shiva temple. Varanasi is said to be the land of Lord Shiva. According to a Shiva verse, Lord Shiva says, ” The three worlds from one of the city of mine and Kashi is my royal palace therein. ” This temple has been destroyed and reconstructed several times and the last construction was demolished by the sixth Mughal emperor Aurangzeb. The last and recent structure was built on an adjacent site in 1780.

Annapurna Temple:
Annapurna temple is dedicated to the Hindu Goddess of nourishment. “Anna” means grains or rice and “Purna” means “full,complete and perfect “. Goddess Annapurna is an avatar of Parvati (wife of Lord Shiva). This temple is situated at Dashashwamedh road, Biswanath gali and close to Kashi Biswanath temple. It is believed that Goddess Annapurna is the Goddess of the Varanasi who always protects and fulfills her devotees with food and prosperity.

Durga Temple:
This temple is situated on the Sankat Mochan road, 250 meters north of Tulsi Manas Mandir. Durga temple or Durga Kund (pond) Mandir or Monkey Temple is dedicated to the Goddess Durga. This temple was constructed by a Bengali queen in eighteenth century in North Indian Nagara style architecture. Goddess Durga is the Goddess of strength and power. It is believed that the icon of the Goddess was not man made, it was appeared on its own in the temple.

New Viswanath Temple:
This temple is situated in Benaras Hindu University . This is dedicated to Lord Shiva.Pandit Madan Mohan Malaviya planned to replicate Kashi Biswanath Temple in the campus of Benaras Hindu University in 1930. This temple is one of the tallest in India and its tower is the tallest in the world. Temple is mostly made of marble.

Sankat Mochan Hanuman Temple:
This temple is situated by the Assi river, near to the Durga temple. Sankat Mochan Hanuman temple is dedicated to Hindu God Lord Hanuman. It is believed that this temple has been built on the exact spot where Tulsidas (author of Ramcharitamanasa and Awadhi version of the Ramayana) had a vision of Lord Hanuman and the temple was founded by Tulsidas. 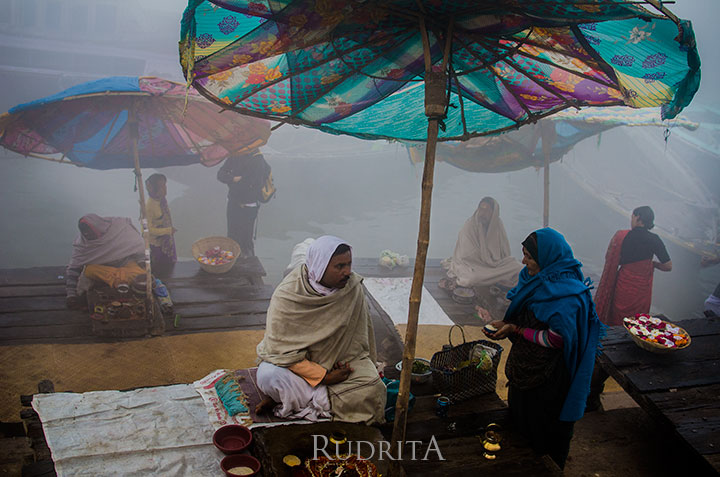 Being a land of ghats or the riverfront steps leading to the banks of the River Ganges, Varanasi has 87 ghats. Most of the ghats were built after 1700 AD at the time of Maratha Empire. Ghats of Varanasi are part of different legends and mythologies. The best part about the ghats are the morning boat ride on the Ganges across the ghats. The popular ghats are Assi Ghat, Dashashwamedh Ghat, Manikarnika Ghat, Munshi Ghat, Sant Ravidas Ghat, Tulsi Ghat, Scindia Ghat, Maan-Mandir Ghat, Lalita Ghat, Kedar Ghat etc. 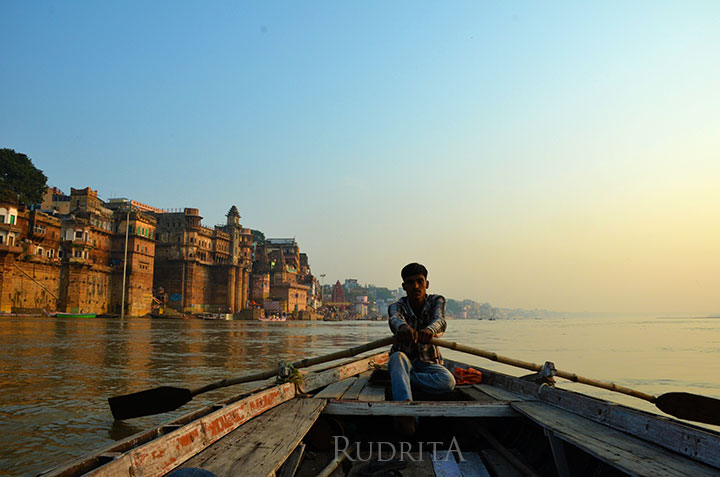 Dashashwamedh Ghat is the most glorious ghat and is popular for the Ganges Aarti. It is believed that, Lord Bramha created Dashashwamedh Ghat to welcome Lord Shiva. Manikarnika Ghat is known for Hindu cremations. According to Hindu religion, the Ghats of the Varanasi are considered as one of the auspicious location for cremations. 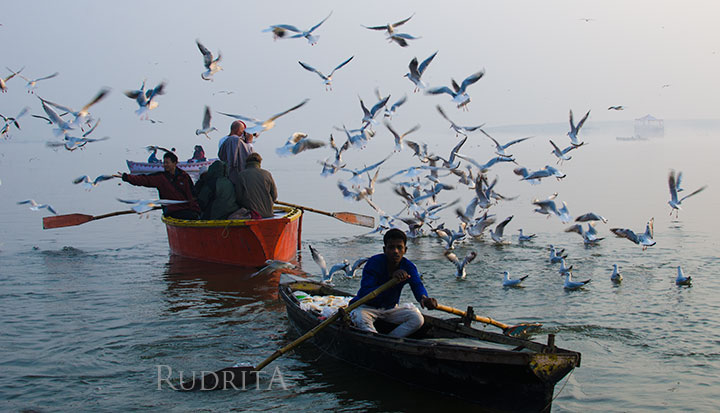 Ramnagar Fort:
The Ramnagar Fort is located on the eastern bank of the Ganges. The fort was built by the King of Varanasi, Kashi Naresh Raja Balwant Singh in 1750 AD. The fort was mainly made of sandstone and have an influence of Mughal architecture. It has been built above the flood level ground. Carved balconies, courtyards, pavilions, museum, vintage cars, palanquins, armoury and hookahs make it so interesting for a history lover. The museum is known as Saraswati Bhawan. The current King is the resident of the fort. 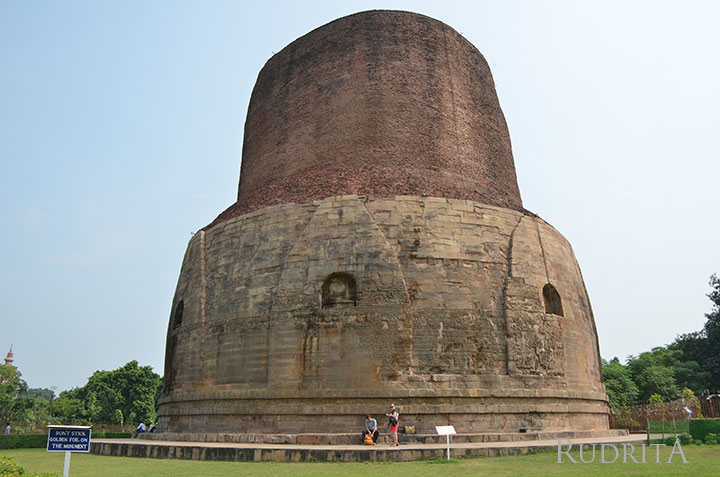 Located in 13 kilometers north – east from Varanasi, Sarnath is an another spot to cherish your Varanasi trip. Gautam Budhdha went from Bodh Gaya to Sarnath about 5 weeks after his enlightenment. Sarnath belongs to Buddhism and Jainism. The museum is full of astonishing elements including Ashoka Pillar. Dharmarajika Stupa from the pre-Ashokan era are the one you should not miss.

Foods:
Varanasi is a plate of different flavours. Rabris is the most delicious dessert I have ever taken. Rabri is a sweet dish made from condensed milk.Varanasi is famous for its Paan and paan masalas. Paan is a preparation of combining betel leaf. Peras (one kind of sweets) are the ones you can’t stay without whether you are a sweet lover or not. You can’t resist yourself from milk and gajar ka halwa ( carrot dessert) . Samosas and Kachoris are the best for snacks.

Best Time to Plan a trip – From September to March is the best time to go. April to August is too hot. Where to Stay – You can find several hotels through out the Varanasi in internet. But I would suggest you to choose the one situated in the river banks. This will keep you engage the whole time by its activities. My hotel, where I stayed, was at Meer Ghat and the stay and food quality is great. You can check my hotel here
How to go – Varanasi is well connected by air, rail and road. Its International Airport is just 26 kilometres from the main city. Varanasi lies along NH2 which connects it to Kolkata, Kanpur, Agra and Delhi. Varanasi Junction is the city’s largest railway station. 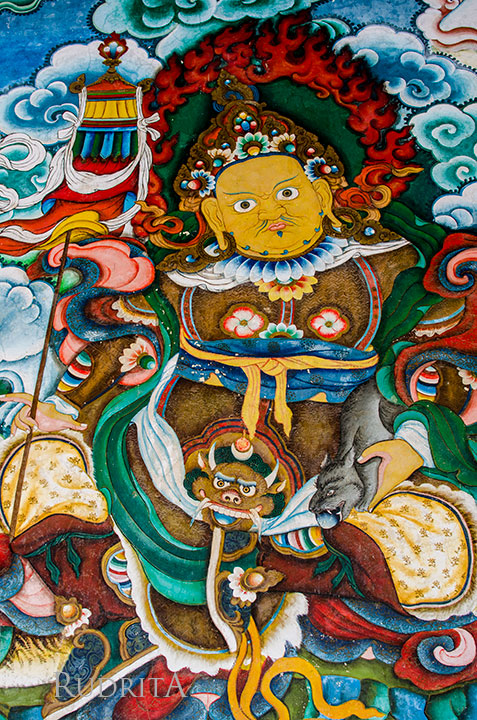 I hope you enjoyed the post. Write me at rudrita.chatterjee@gmail.com 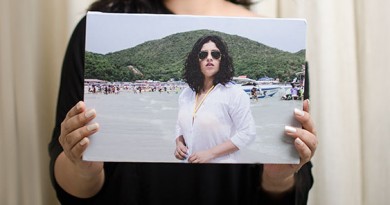