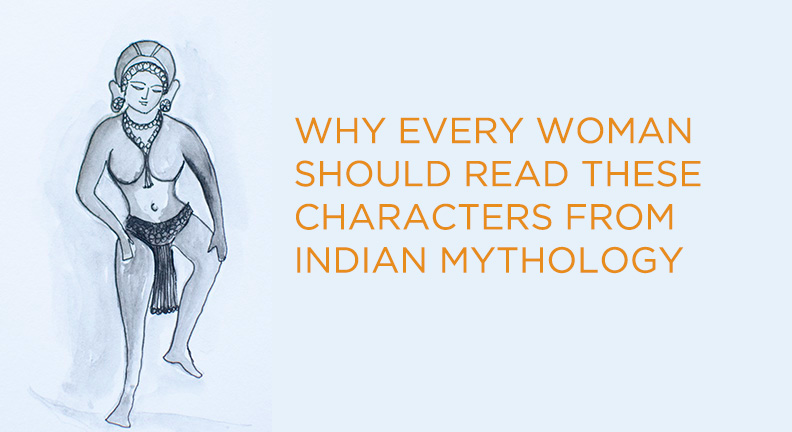 Other day I was having a healthy debating conversation with one of my neighbours and as the topic was quite interesting I thought to share that with you all. I have another scheduled post for today but lately I felt I should post this one today so that my readers who are not Indians (as I have readers around the globe and USA stands second on this) should know how amazingly interesting Indian mythology is.

Indian mythology have some engrossing stories with full of charms and teaches so many things. Our mythology is vast and full of so many characters which comprised of Vedas, Puranas, the Ramayana, the Mahabharata and endless folklores of different regions and ages. Women have always played important roles in Indian mythologies but if we think deeply then we can understand the social status of women. So in today’s post I’m going to share these characters which every woman should read around the world:

Yoginis – People often wonder from where the various ‘Yoga’ positions are originated from. Let me guys tell you, most of the positions we usually see today are only about hundred years old, designed in the royal courts of India by the influence of European gymnasiums. Naturally those are not something which Indian yogis has made. In traditional Hindu lore, the yogis of ancient India have been practising these yogic positions for thousands of years. These yogis were also seen in experts in medicine, mysticism, astrology, painting to singing to dancing. For instance, Shiva is the greatest yogi and he is also Nataraja (the dancing version of Shiva) as well. Thus many of the yogic gestures probably originated from different dance steps. Sometimes dynamic postures were also came from yoginis who used to be dancers. You might see a circle of dancing yoginis in many traditional Hindu temples. Ironically, these yoginis has been largely ignored and their contributions as well. India has a vast oral tradition and the knowledge has been restricted to dominating elite male society and as Shiva is the primal yogi and his students are also male, they appropriately overlooked the primal yoginis and her companions which includes Shakti herself. Although it was Shakti herself who made Shiva reveal the secrets of yoga in words as well as postures. Thus yoginis has always been a principal character of today’s ’Yoga’ fascinated world still they are snubbed. These yoginis taught us to believe in infinity and wisdom without expecting materialistic fruits. 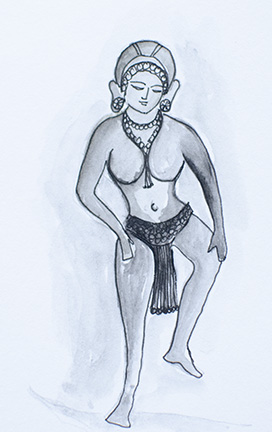 Sita – Mata Sita is highly worshipped in India and she has recognised as the ultimate pure wife. Now there are so many things we can learn from her. At one side we can see how she has sacrificed her luxurious life as a queen for the sake of her husband and as a faithful wife. In the later part of the Ramayana when we see how she was abandoned by her husband, Lord Rama for the the society, we never see her in anger and disrespectful. There we see a woman who at that time brought up her children as a single mother with full of compassion, love and motherhood. There is no trace of hatred or being impatient to see her situation: from princess to queen to be in this solidarity. Sita teaches us patience, love yet staying strong in any hurdle. 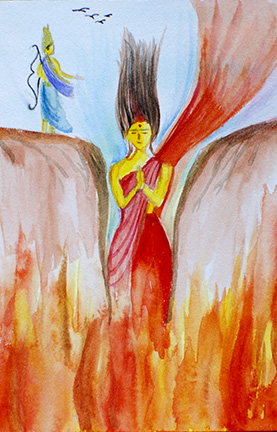 Draupadi, Kunti & Gandhari – Draupadi might be the main character of Mahabharata but there are so many to learn from Kunti and Gandhari as well. In Mahabharata we can see to give priority to women. There were so many evidence where we can see women have dominated the society staying aback the male characters. Kunti has called Dharma, Indra and Paban in request of Pandu, her husband, to produce children but as she had already one son of her pre-marriage phase, Karna she strongly stopped to have another child from anyone as it was said to be prostitute if a woman goes in physical relationship with more than 4 people. So at that point of time Kunti has the strong voice to stop her husband which is quite rare. If we comes to Gandhari, she teaches us a lesson of sacrifice. Leaving other qualities, if we concentrate on her sacrifice, she has blindfolded herself for her husband. There’s some controversies which says she did it out of her anger to see her blind husband, some says it was her sacrifice for her husband. Whichever we take it was nothing but a great example of what self-slaughtering actually means. We should highly appreciate Draupadi’s psychological strength. She married a man and all of a sudden she ended up with having four more husbands. Staying in exile just after the marriage and unaccustomed rules of marriage and suppress her love. She taught us how to deal with unprecedented situations in life. 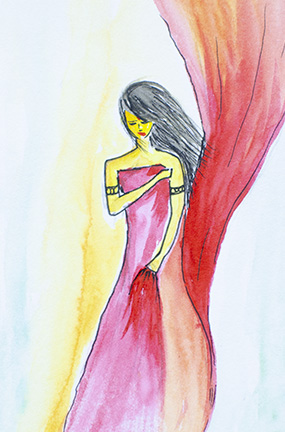 Shakuntala – Shakuntala is an another character of a great inspiration. King Dushyanta first encountered Shakuntala while travelling through the forest with his army. Shakuntala and Dushyanta fell in love with each other and got married as per Gandharva marriage system. Before returning to his kingdom, Dushyanta gave his personal royal ring to Shakuntala as a symbol of his promise to return and bring her to his palace. Later Rishi Durvasa cursed Shakuntala and her husband forgot her. Later in the course of time with so many incidents Shakuntala, her son Bharata and husband Dushyantha finally reunited. Here Shakuntala shows us how to treat with bad situations and how calmness works as a manifestation.

Padmapani – Now Padmapani is not a woman character. It is associated with Gautam Buddha. But I have mentioned this as it was the time when women have been introduced to mythologies as primal characters. Padmapani is one of the forms of Buddha, where he holds the lotus in his hand. Once, a young man, seeking to understand the meaning of the long discourse given by Buddha on Buddhism. After listening everything that man told that he didn’t understand anything what Buddha told. At that moment, Buddha just picked up a Padma (lotus) in a woman gesture and the young man understood the meaning of Buddhism. That is when the famous mantra came into being , ‘Om mani padme hum’. It means, the jewel locked within the lotus flower. Here we can see the knowledge of everything within our soul. It teaches us how to empower yourself and find out the jewel in your heart. 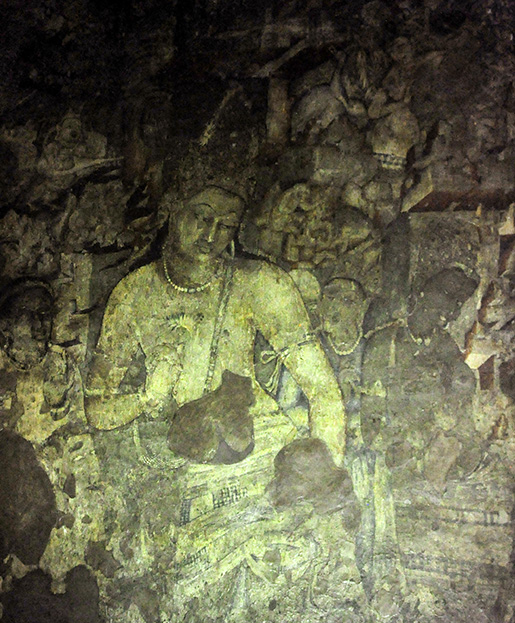 There are so many other characters which I really admire in Indian mythology and help us to gain enormous power which gives us an undemanding life, full of peace and love. But here I’ve mentioned these only. Otherwise this post will become so so long! 🙂 One more thing, the mentioned characters are so versatile and they have lot more to teach us. But I have to shorten it otherwise I might end up with millions of words. I would suggest you all to learn and know more about these characters. Also do let me know if you guys want to read this kind of posts more often. 🙂 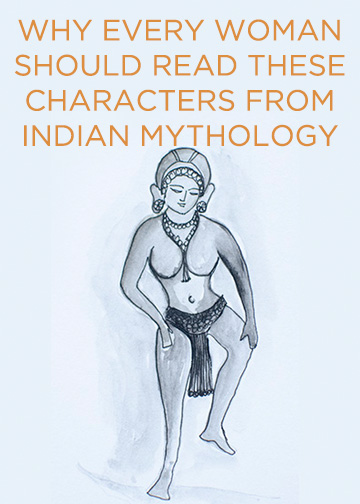 Paintings – By me.
Padmapani Photograph courtesy: Swarnendu Ghosh
I hope you enjoyed the post. Write me at rudrita.chatterjee@gmail.com 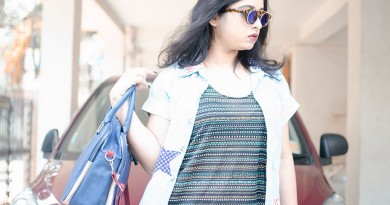 A SUNNY DAY AND BAGGIT 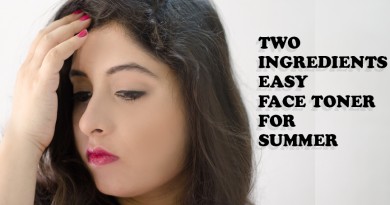 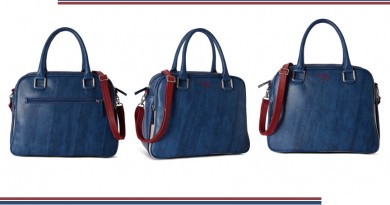 BE FESTIVE WITH BAGGIT