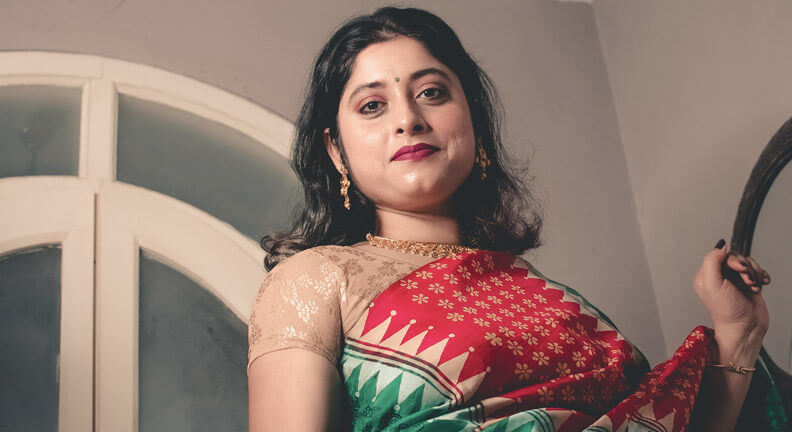 Being a daughter of an officer of Sericulture (State Silk Department of West Bengal) , silk sarees are truly so so close to my heart and when I was planning to do this blog-series, I knew that very well, I should start with a gorgeous silk saga.

Murshidabad, the second largest traditional silk producing district in West Bengal and it has a golden history of silk in India since seventeenth century and nonetheless the history is gorgeous just like the saree itself.

In the seventeenth century during the Mughal era, the foreign merchants, whoever came to
India were so much keen to textiles of Bengal, specially in Bengal Silk. Eventually, Mughals opened their own “Arangs” (purchasing centres) in different places of undivided Bengal when Bengal used to be the main storehouse of silk and undoubtedly, Murshidabad was the focal point of silk production. In 1704, the Diwan of Bengal shifted his capital from Dhaka to Murshidabad under the reign of the Mughal emperor Aurangzeb. The city was rechristened as Murshidabad in 1716 wherein he became the Nawab of Bengal and thus the province of Bengal was under a succession of Nawabs up until 1790. In early 18th century the then reigning Nawab of Bengal, Murshid Quli Khan, shifted his capital to a small town on the eastern banks of Bhagirathi river – Maksudabad and renamed it after himself. In 1658, the East India Company opened a “Kuthi” at Cossimbazar and started purchasing silk fabrics for their own trade. Lately Dutch, French and Portuguese had also opened their “Kuthis” at Kalikapur, Farashdanga and Saidabad respectively. Gradually, Kassimbazar became one of the major hubs of silk purchase for the British silk merchants. Lately, the industry went into great decline as the Industrial Revolution in West set in.

Still now, if you have a permit to go inside then just go and visit Berhampore Central Sericulture Office. It is full of beautiful astonishments. The complex has so many big buildings of British era which brings you a different flavour of Bengal’s heritage.

Murshidabad Silk is still as rich as earlier. It is very fine, lightweight and easy to drape and maintain as well. Expert weavers who were traditionally spinners, are extremely proficient in creating beautiful and intricate patterns in the weave. The whole process involved reeling (extracting), degumming and twisting the raw silk which the weavers did with the skilled artisans. Earlier the designs only has floral motifs but now the designs are vastly changed and comes with different geometrical, abstract and other motifs.

The sarees starting price range is Rs.2500 which comes with the authenticity of ‘Silk Mark’. 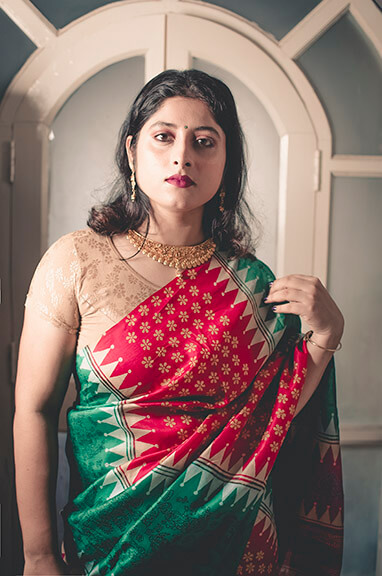 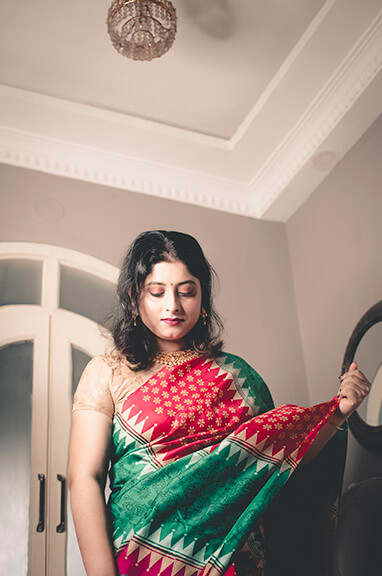 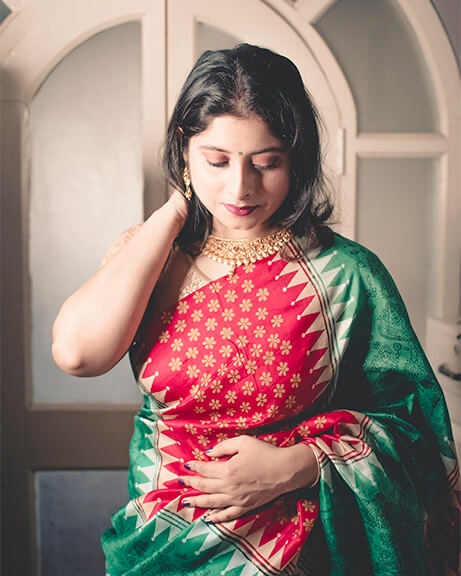 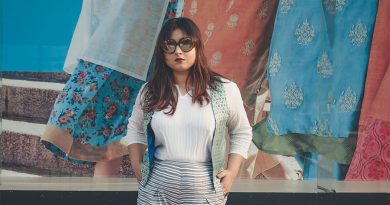 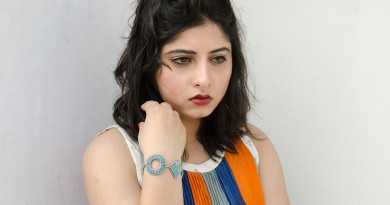 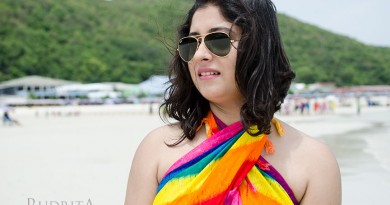